Spaghetti con le vongole (internationally known as spaghetti with clams) aren’t a Sardinian food – at least not in their classic version. In fact, the dish originated in Campania – the region where Napoli is, that is.

Yet, it’s a very common dish to find in the best restaurants in Cagliari – and beyond – where a more local version of them is usually on the menu, often called “spaghetti con le arselle” (though we make them with vongole, clams in English) and with a touch of grated bottarga (dried and salted fish roe, also known as Sardinian caviar) for extra flavor.

If you want to prepare this very simple, comforting seafood dish, you are in good hands. I will tell you all the secrets to the tastiest, creamiest (with no added cream!) spaghetti con le vongole à la Sardinian.

Other than the salt you use for the pasta, you will see this recipe doesn’t call for extra salt. Clams are salty enough to give the dish a full flavor, so if you add salt it may end up being too salty. Just taste the sauce before adding sauce and you’ll know what I mean.

For this specific recipe, you will want to use spaghetti, linguine or bavette – as long as they are top quality. Fresh pasta, egg pasta or short pasta won’t give the dish justice.

Nowadays, most of the time clams come already clean fresh from the fishmonger. However, there is always the chance of a bit of sand so, unless you want your spaghetti with clams and sand, make sure to soak them for a while, and drain them properly before cooking them.

Don’t pick all the clams from the shell

For this dish, you really should leave at least some of them in their shell. It adds to the dish and the fun of eating it!

Don’t add too much oil

There really is no need. Extra virgin olive oil has a strong flavor and may end up covering that of the clams and of the other ingredients.

In fact, I actually recommend dried cayenne pepper for this dish. Just cook a tiny amount with the garlic sauce for that extra touch – remember to take out the seeds as they are the hottest bit, and if you use too much it will cover the other flavors.

No. NO. N.O.! This would be a fatal mistake; it would completely ruin the dish. Any cheese, even Italian-famous Parmesan cheese, has a strong, overpowering flavor that completely covers the delicate one of the clams.

Again, this is a no no. Basil is quite strong in flavor and while Italians love it, not all dishes call for it. Stick to flat-leaf parsley for a perfect dish.

For the final dish 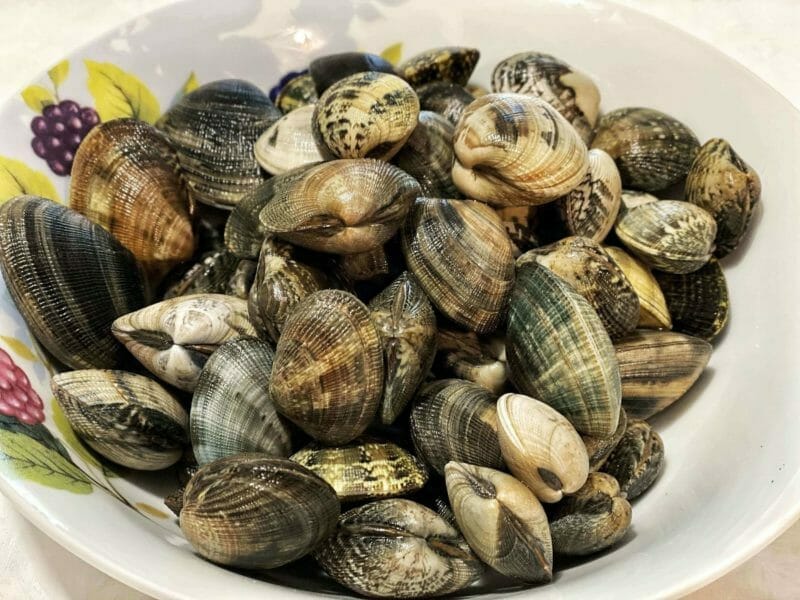 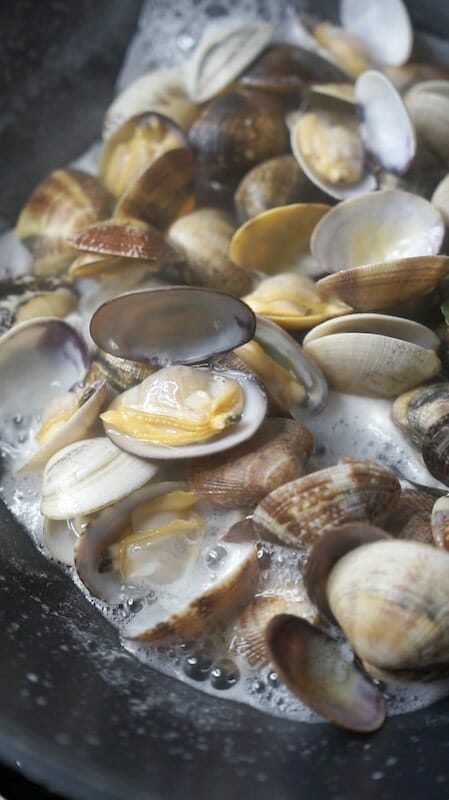 STEP 2 - COOK AND PICK THE CLAMS 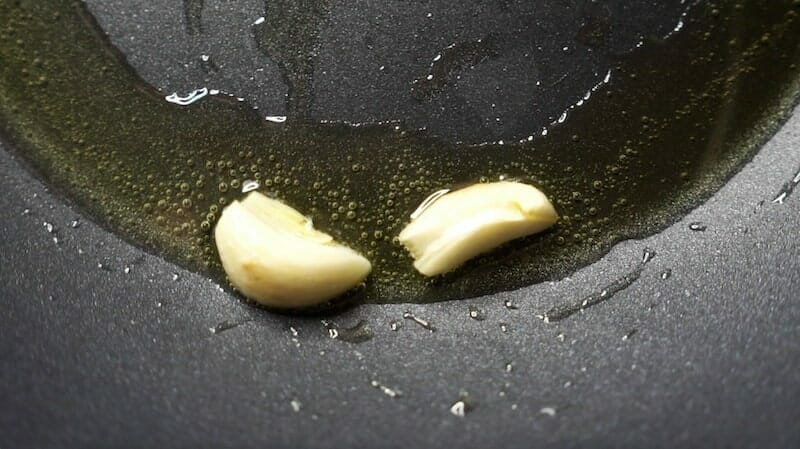 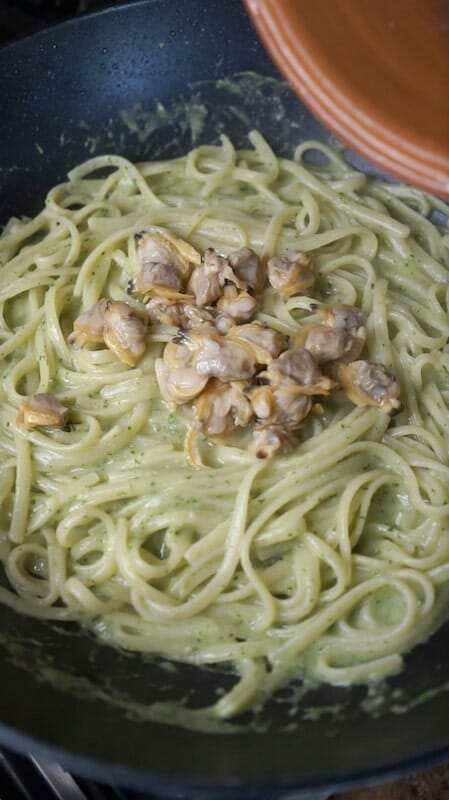 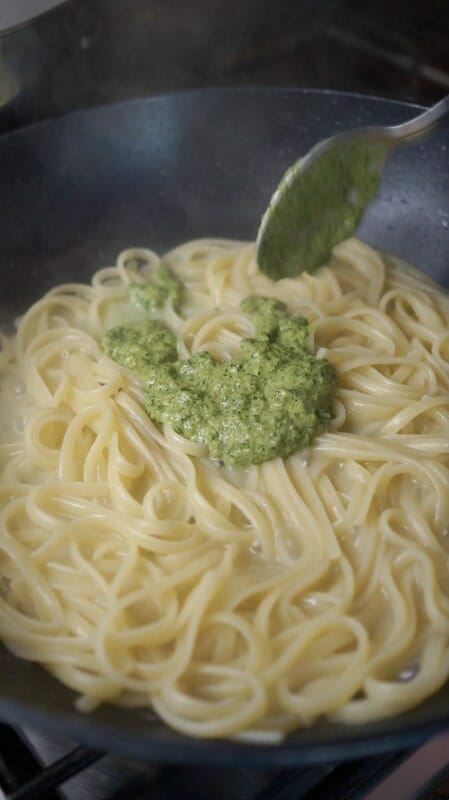 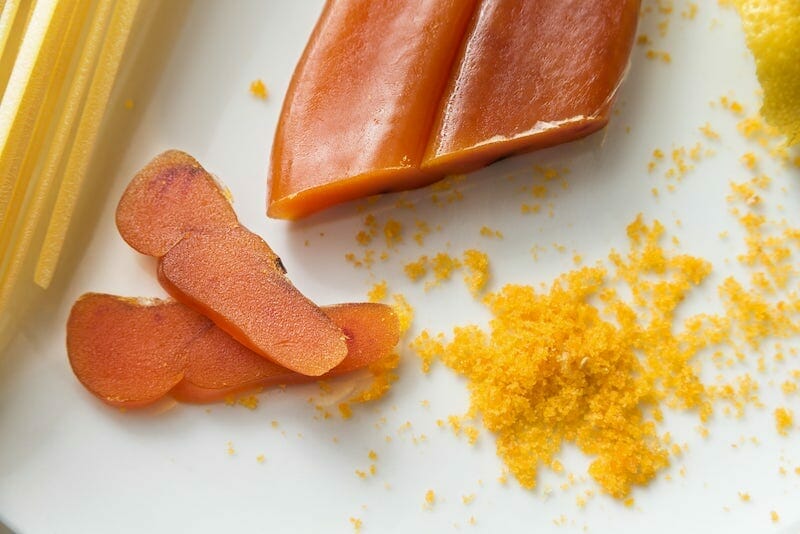 Serve as soon as ready!

For more recipes, you may want to check out these posts: