Culurgiones are among the best known traditional Sardinian dishes, originating from a region called Ogliastra. The concept of culurgiones is similar to that of ravioli – a fresh pasta filled with other ingredients, measuring between 2-4 inches in length and between 1-2 inches in width. But the shape and the taste are not even remotely similar. Indeed, their shape will remind you of a wheat spike.

The main ingredients of culurgiones are re-milled semolina or durum wheat flour and water for the pasta dough; boiled potatoes, fresh mint, pecorino cheese (the kind of pecorino used varies from place to place) and garlic (finally a recipe that calls for it!) for the filling.

Now, without further ado, let’s get to the recipe. I promise it is easy to follow!

Culurgiones are originally from Ogliastra, a region in central Sardinia. They are the kind of dish for which each village – in fact, each family! – has its own recipe. And each of them will inevitably tell you that theirs is the original recipe, and any other one is a bad imitation. Ulassai (where they were traditionally eaten on the “Day of the Dead,” November 2nd), Jerzu, Lotzorai, Osini and Villagrande Strisaili are the most famous places for their production.

My favorite recipe is that from Seui, one of the most scenic villages in Sardinia, where they are made with cas’e fitta, a fresh cheese kept in salt water whose concept is similar to that of Greek feta cheese (though the taste is not even remotely close).

Ask my friend though, and he’ll tell you the best ones are by far those from Arzana, where his dad is from, and which call for no mint in the filling.

There even is a Barbagia (another region of Sardinia) version of culurgiones – they are made with fresh cheese and served with meat and various sauces, so not really similar to the ones from Ogliastra.

Use the best fresh pecorino cheese

The cheese used to prepare culurgiones varies from village to village. For this recipe, I have used a mix of three kinds of pecorino. You should be able to get a good Sardinian pecorino (mild to fresh) at any good Italian grocery store.

Feta is saltier than pecorino (which is salty enough already), and the texture is different. Just try to get a mild and softer and an aged pecorino for this recipe.

I know, peeled and chopped potatoes boil much quicker, but they also lose the texture. So, it’s best you don’t.

You can freeze your culurgiones

Make sure to freeze them raw, and eat them within 3 months.

How to serve culurgiones

Culurgiones are typically eaten boiled, either plain with just grated pecorino cheese on top (and no such thing as olive oil or butter, which would cover their delicious taste) or in a plain tomato sauce.

You can even fry them – and the result is truly heavenly. They become mouthwatering bites with a crispy shell and a filling that literally melts in your mouth.

Butter has a strong flavor and it’d take away the already delicious flavor. 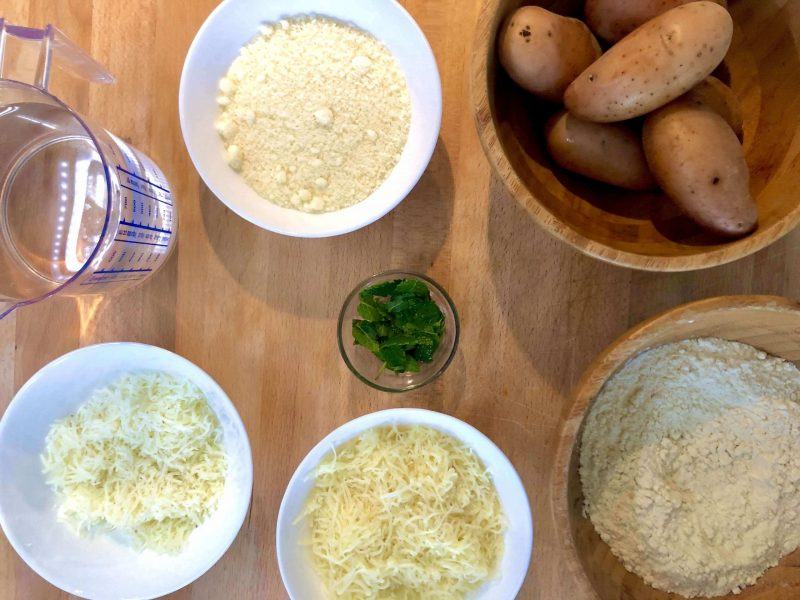 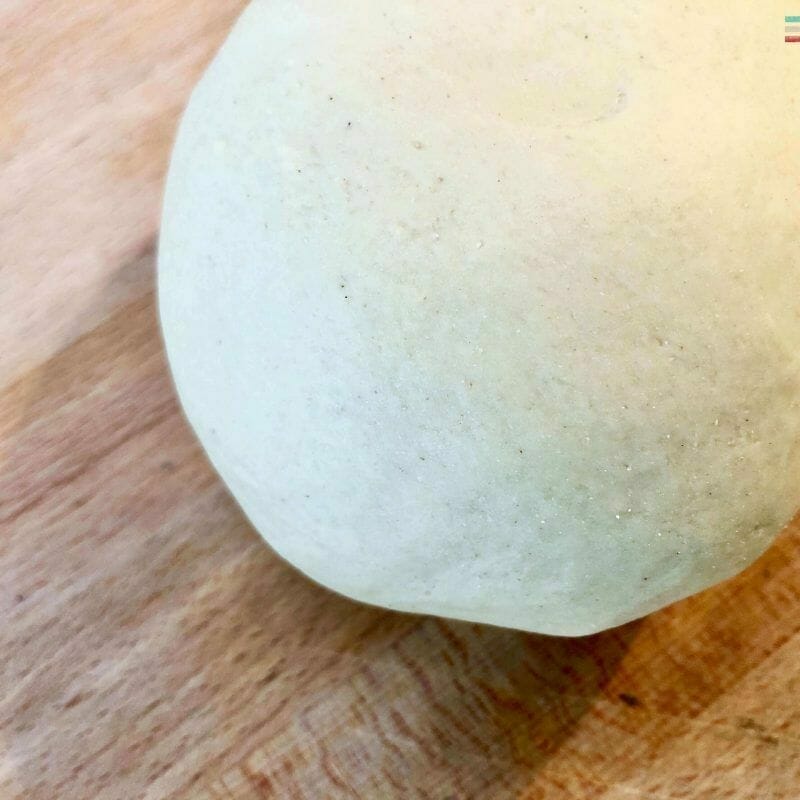 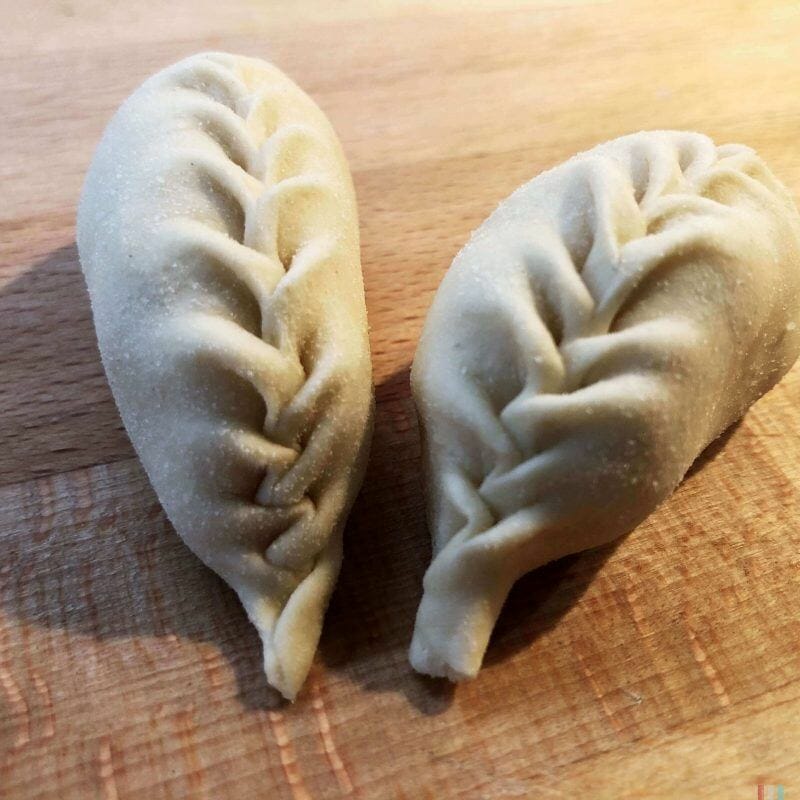 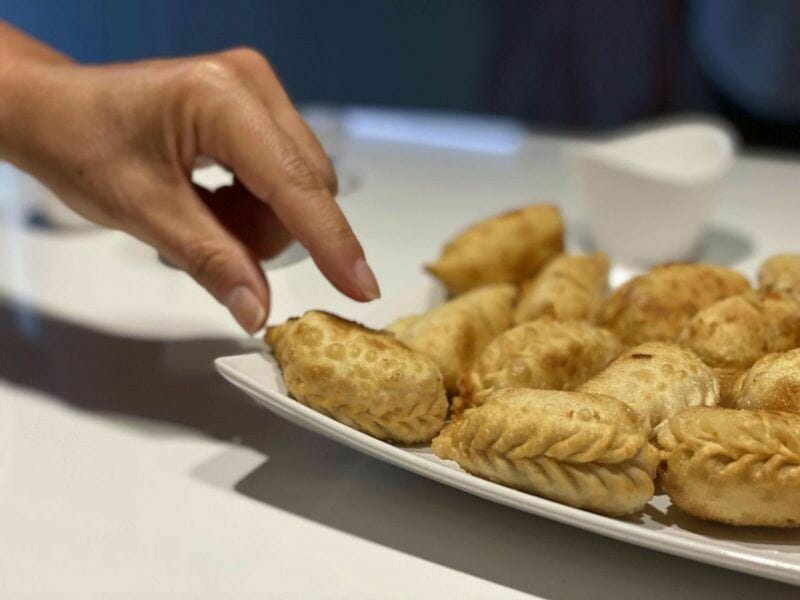 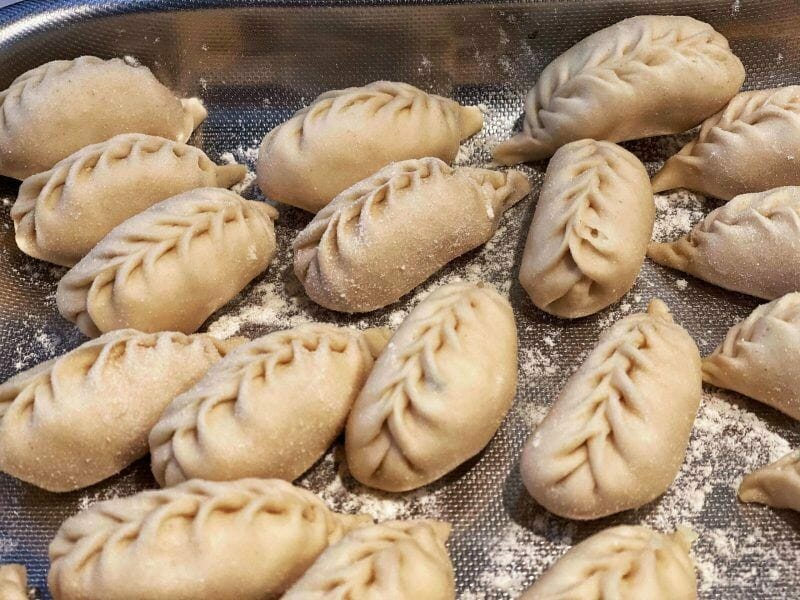 Don't add any fat - oil or butter - to the culurgiones, either in the preparation process or once boiled. They are best enjoyed plain, with grated pecorino cheese.

Where To Eat Culurgiones In Sardinia

You will find culurgiones served at most restaurants around Sardinia, and definitely in all restaurants in Ogliastra. The best are usually found at very traditional places and agriturismo that make their own. Some restaurants in Cagliari have started serving a revisited version, which is quite yummy but a far cry from the original recipe.

Having said so, here is a selection of restaurants where you can taste them.

PANI E CASU – one of the best traditional Sardinian food restaurants in Cagliari.

MEC PUDDU’S – a Sardinian fast food where you can try local dishes at very reasonable prices. There is a restaurant in Santa Maria Navarrese, in Ogliastra.

RIFUGIO DEL GOLGO – a very traditional restaurant located in the stunning setting of the Golgo Plateau, right above the lovely village of Baunei, that serves the local version of this dish.

SU CUMBIDU – located in Cagliari’s La Marina quarter, this is one of the most popular traditional restaurants in town.

RISTORANTE ADA – A very popular place with locals, it prepares dishes of the Sardinian tradition with the freshest ingredients.

LE SEGRETE – this lovely restaurant in the heart of Cagliari makes its very own version of the dish: the pasta dough is black and it is filled with potatoes and shrimps and served with a sauce prepared with fish broth and burrata cheese.

For more readings about Sardinian food and wine, check out these posts:

Massive thanks also to Francesca Ambus for showing us how culurgiones are made! You can follow her here – but I shall warn you, it is highly addictive.

2 thoughts on “How To Make Sardinian Culurgiones”