Seadas are the most popular traditional Sardinian dessert.

The shape of seadas may remind you of ravioli – a fresh pasta filled with other ingredients, but they are bigger and sweet but still with a delicious melted cheese inside.

The main ingredients to prepare seadas are: flour, durum wheat flour, lard, fresh cheese that can be sour or mild and either cow or sheep cheese, grated lemon rind  and honey or sugar for the topping. Obviously, depending on the area, the recipe varies. The one in this post is a very simplified version of the traditional recipe, which calls for a plain mild cheese, no lard and which is super easy to make at home.

Seadas must be eaten piping hot, while the cheese is still melting and stringy. Pair it with sweet and aromatic white wines such as Malvasia di Bosa, Vernaccia di Oristano or a Moscato. If you prefer a red wine, opt for an Anghelu Ruju.

Use the right kind of cheese

The best kind of cheese to make seadas is a mild pecorino cheese. Here in Sardinia we also use dolce sardo cheese, which is a very mild cow cheese. By all means, don’t use cream cheese. It just doesn’t melt and cooks very differently from mild pecorino or dolce sardo cheese. If you are stuck for substitutes, you may want to try a low moisture mozzarella cheese. The taste won’t be exactly the same, but it’s worth trying.

Use either sugar or honey

Good quality honey adds the perfect, final touch to a good seada. But if you don’t have any or don’t like the taste, you can use icing sugar instead.

Origins of the name

As Sardinian is a language with many dialects, Seada takes different names in different parts of the island: Sebada, Sevada or Seada, as we call it in Cagliari. Seada is singular and Seadas plural.

There are several theories related to its name: some believe it comes from ‘sebu/seu’ that is an animal fat like lard because of the glossiness of the sweet once covered with honey; others from ‘asseare’ that means ‘becoming sour’ and which refers to the kind of cheese that is used for the filling – which, in certain parts of Sardinia, may even be sour; and last to ‘cebada,’ which is the cereal that was used for the dough.

Origins of the dish

This dessert is typical of pastoral tradition, in fact shepherds used the cheese they produced from their cattle for the filling. It was thought to be a poor dish, for it used simple and easy-to-find ingredients like flour and cheese.

Seadas originate from the mountains of northern Ogliastra, and Barbagia, in particular between the villages of Dorgali and Urzulei. As shepherds tend to move around quite a bit, the dessert became common on the entire island.

Originally they were a main course and not a dessert: women used to cook them to celebrate special occasions, such as the return of their husbands after long periods in the fields. They were savory and bigger because they had to feed the hungry shepherds after they had been away for a long time. Over the years seadas became a dessert with honey topping and their size was reduced. 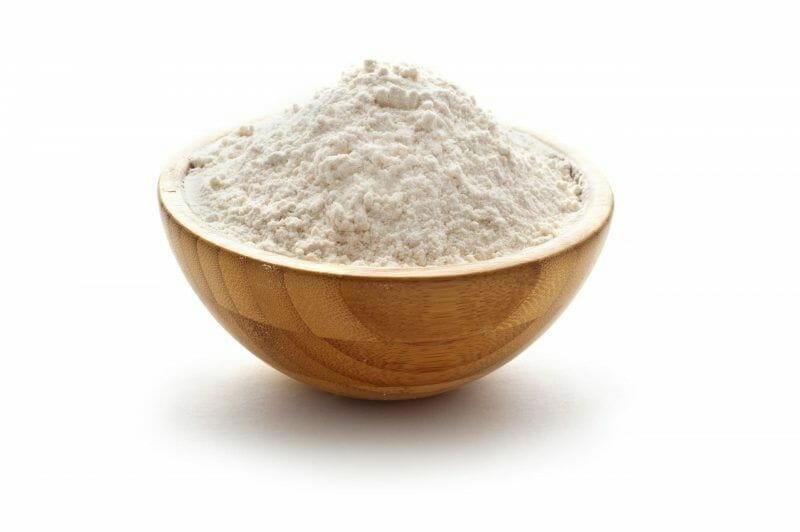 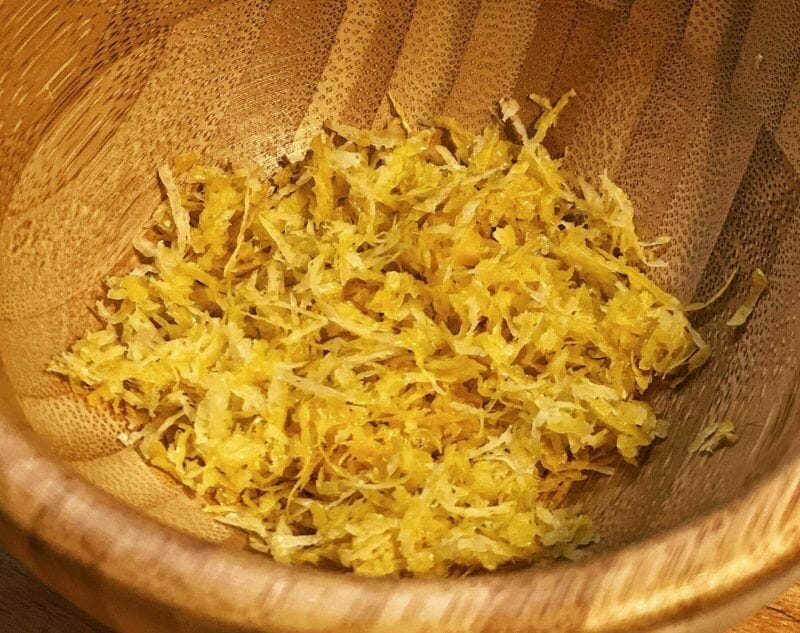 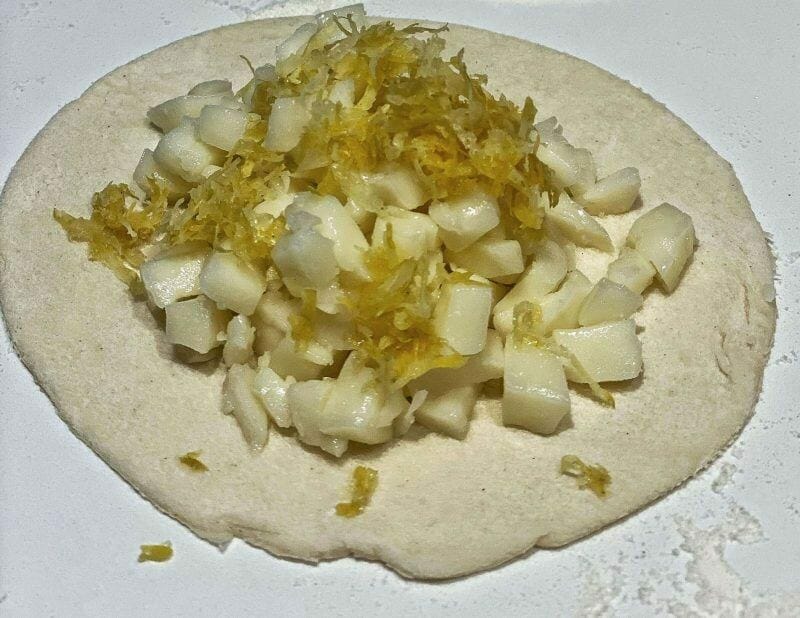 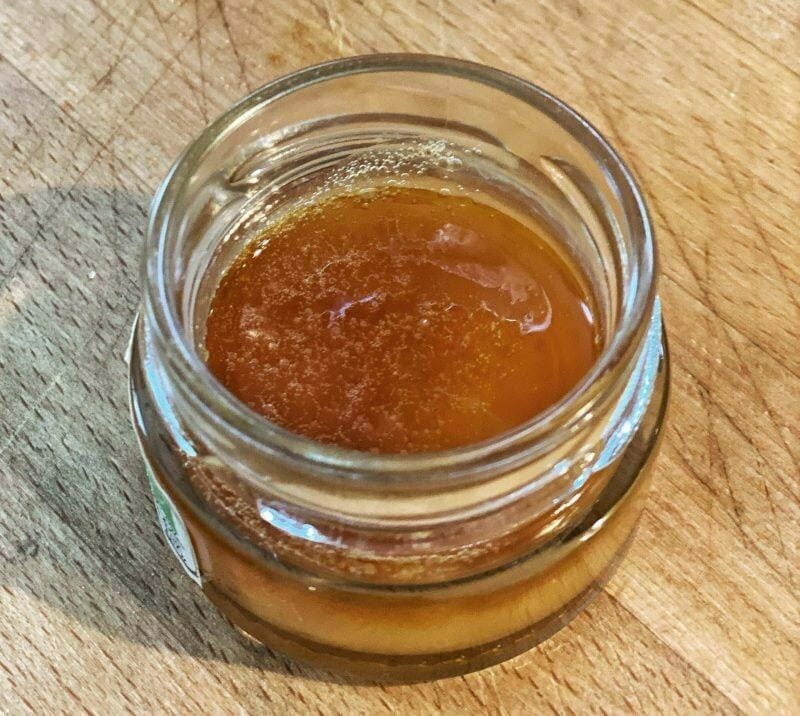 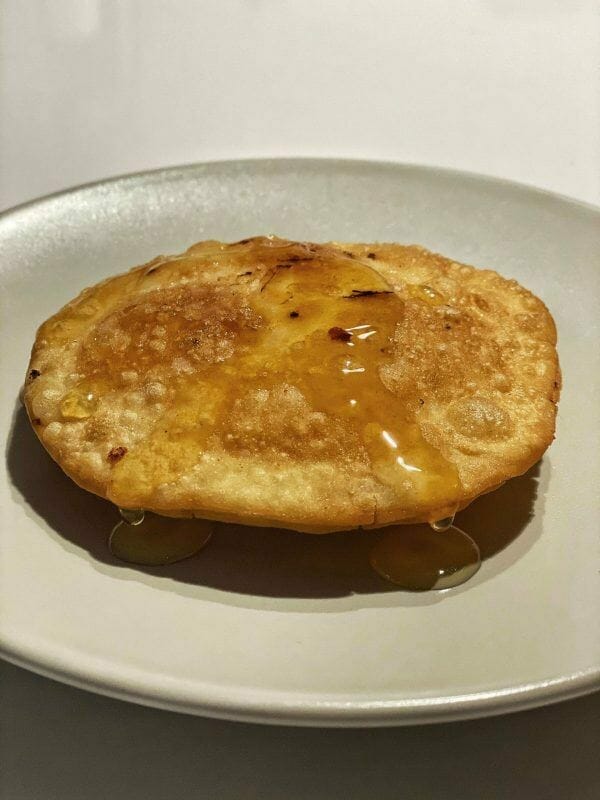 Seadas should be fried and eaten fresh, before the dough dries out, within one to two days of making them.

Where To Eat Seadas In Sardinia

You can easily eat seadas in most restaurants around Sardinia, they are so popular that locals and tourists request them regularly. But obviously they are better when freshly made.

Having said so, here is a selection of restaurants where you can taste them.

SASEADA – Sebaderia Artigianale (Cagliari) – located in Via Portoscalas, next to Corso Vittorio Emanuele, this restaurant offers seadas both in a traditional and in an innovative way, with different kinds of dough.

RISTORANTE SANTA MARIA (Santa Maria Navarrese) – Fancy trying a savory Seada? Then go for this delicious one with a pecorino cheese filling and a topping of sweet pepper cream.

LA PINETA (Arzana) – In Ogliastra, in the village of Arzana, taste all the different types of seadas in this nice restaurant.

SA MANDRA (Alghero) – This place, next to Fertilia, is more than a restaurant: in fact it is an open-air museum. Book a table and have a look around, I have no doubt that you will love the traditional food.

AGRITURISMO LA KUSTERA (Arzachena) – With a sampling menu you will do a tasting tour of our traditional dishes, from the starters, following with our suckling pig and finishing with a delicious seada.

CERICA DOLCI DI CASA MIA (San Teodoro) – If you want to try the best Seadas in San Teodoro, go to this bakery: they are freshly done every day.

For more readings about Sardinian food and wine, check out these posts:

This post was written by Strictly Sardinia contributor Elisabetta Tavani.