Su Mazzamurru, AKA Sardinian bread and tomato lasagne, is an incredibly easy and actually budget friendly dish to prepare – and one of the tastiest dishes of Sardinian cuisine. It’s a great way to use leftover ingredients such as bread and tomato sauce, but just as nice to make it from scratch – as long as you use stale bread.

The recipe to prepare su mazzamurru is incredibly easy: you pour hot beef or vegetable broth on the bread and pour over it an abundant dose of freshly prepared tomato sauce and grated pecorino cheese, and then grill it in the oven. If you pick good quality ingredients, you are guaranteed an excellent, comforting, extremely tasty dish.

Here, I share a very simple recipe, with easily found, high quality ingredients. Keep in mind that although the traditional version calls for a beef or sheep broth, my recipe calls for a lighter, healthier and easier to prepare vegetable broth.

A Brief History Of Su Mazzamurru

Mazzamurru was commonly eaten on board of boats in the past. In fact, the word “mazzamurro” described a special kind of bread that was prepared and eaten during long boat trips, as it was more easily preserved. The bread – which was baked up to a month before departure – was baked twice or even four times to preserve it better. The leftover pieces of the bread, once stale, were used to prepare a soup by adding broth and tomato sauce to it.

Once commonly eaten throughout the island, su mazzamurru is now mostly found in the region of Campidano.

Typically made with leftover civraxiu bread – a Sardinian bread made with durum wheat semolina – you can make it with any kind of bread, as long as it is stale. You probably want to opt for something like sourdough, which would be the one that most closely resembles civraxiu.

For the vegetable broth

For the final dish 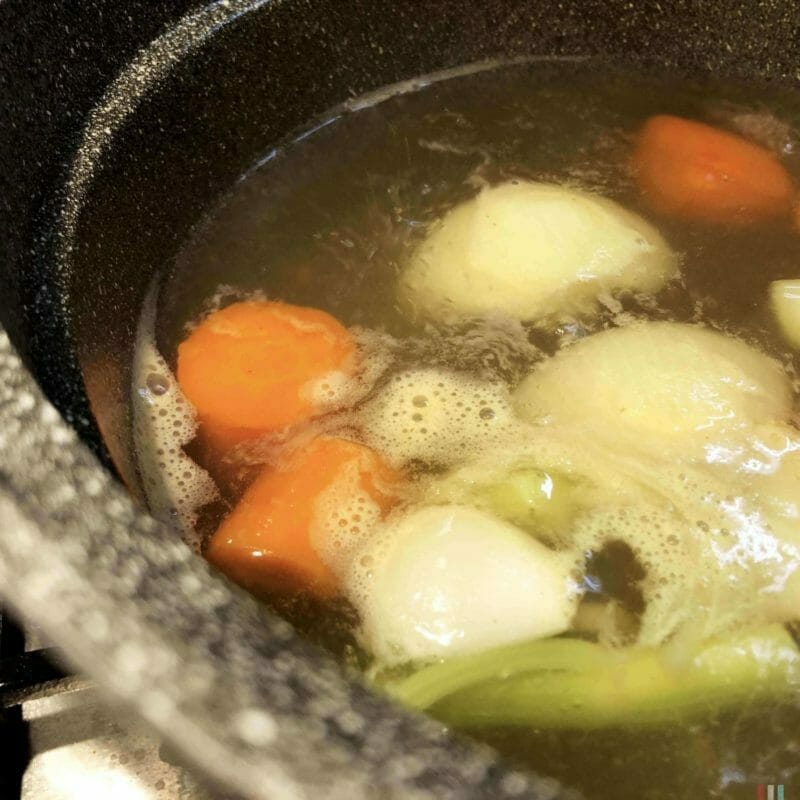 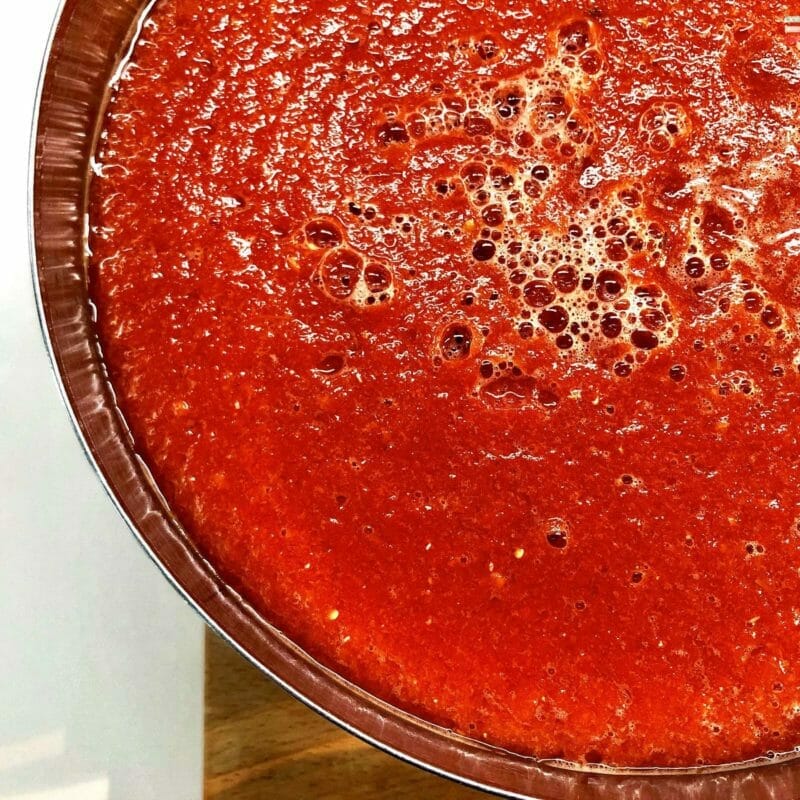 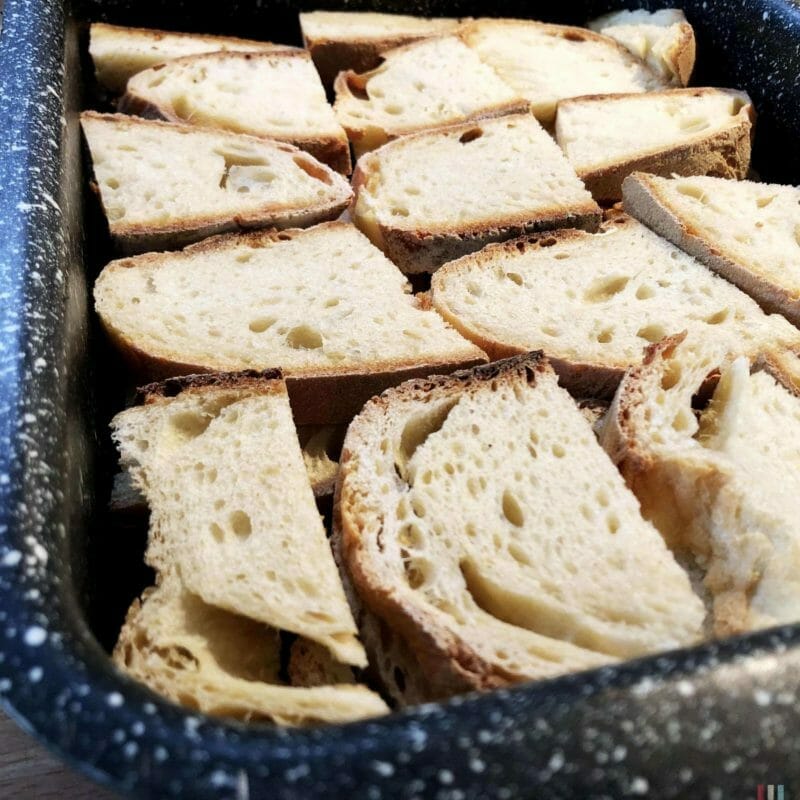 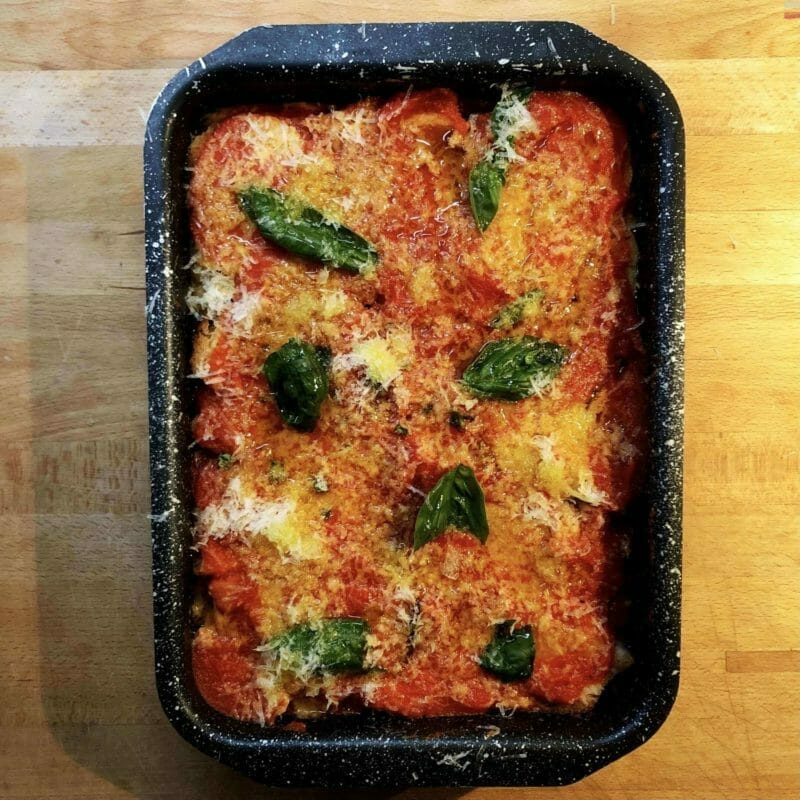 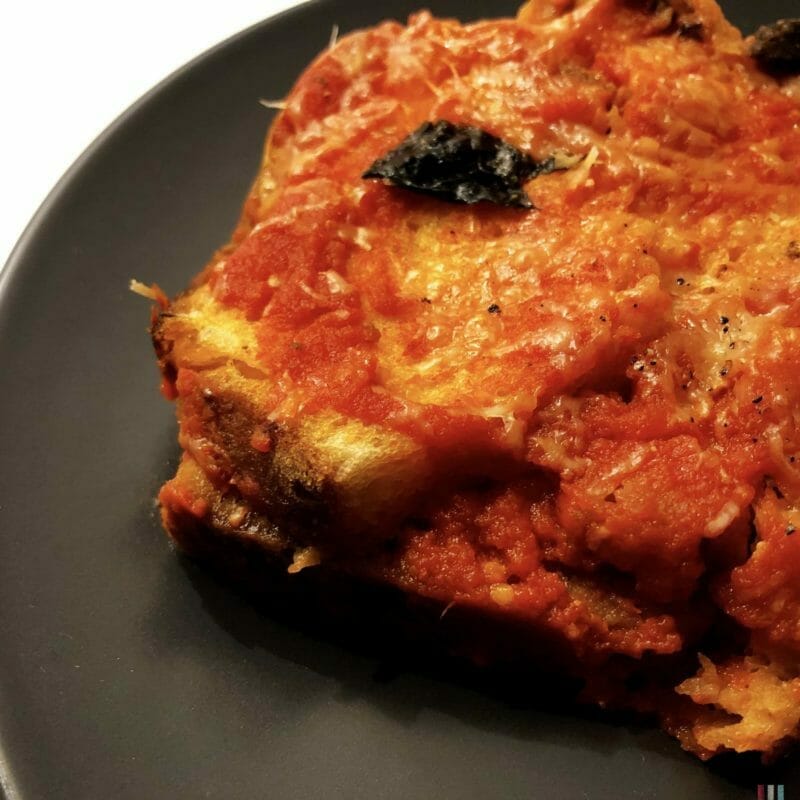 Once you take su mazzamurru out of the oven, let it rest for about 10 minutes before serving.

Where To Eat Su Mazzamurru In Sardinia

Su Mazzamurru is the kind of dish we Sardinians typically enjoy at home. You may occasionally find it in some very traditional restaurants or agriturismo. My tip if you want to enjoy it during your trip to Sardinia is to call the restaurant ahead of time and make a special request for it.

The following restaurants are known to occasionally serve su mazzamurru:

OSTERIA SU FILINDEU – Located in Corso Vittorio Emanuele II, in the heart of Cagliari, this is an easy going trattoria focusing mainly on Italian classic fare where the chef occasionally prepares a good bread and tomato lasagne.

SA PIOLA – A lovely small restaurant tucked away in a hidden alley in Cagliari, it mainly focuses on classic fish and seafood dishes but every now and then serves mazzamurru.

I PRINCIPI DI DAN – In the heart of La Marina district of Cagliari, this restaurant has a strong focus on traditional Sardinian food. It serves staple dishes and has a very good selection of local wines.

For more Sardinian recipes, check out the following posts: